Home » About » Board of Directors » David Walt, PhD 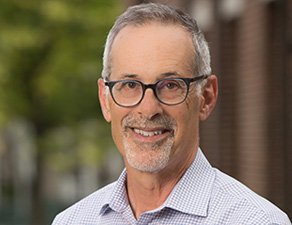 David R. Walt is a member of the faculty at Harvard Medical School in the Department of Pathology at Brigham and Women’s Hospital, is a Member of the Wyss Institute and is a Howard Hughes Medical Institute Professor. Previously, he was University Professor at Tufts University. The Walt research lab focuses on bioanalytical chemistry, materials chemistry, biochemistry and nanoscience. The group is actively developing advanced nucleic acid and protein diagnostics technologies with a focus on breast cancer, Parkinson’s Disease, tuberculosis and other infectious diseases, and neonatal diagnostics.

As one of the founders of Illumina, Inc., a company that is the world leader in genomic analysis, David has been a director (until 2016) and Chairman of its Scientific Advisory Board since June 1998, the year of incorporation. The company provides a line of products and services that serve the sequencing, genotyping and gene expression markets, worldwide.

David is a Member of the National Academy of Engineering, National Academy of Medicine, National Academy of inventors, A Member of the American Academy of Arts and Sciences, a Fellow of the American Institute of Medical and Biological Engineers, and a Fellow of the American Association for the Advancement of Science. He has published over 300 papers, is named as an inventor or co- inventor of over 80 patents, and is a founder and director of Quanterix, Inc. (Lexington MA), Ultivue, Inc (Cambridge MA)., and Arbor Biotechnologies, Inc. (Cambridge MA). He also serves on the Scientific Advisory Boards of over ten biotechnology companies.
David holds a B.S. in Chemistry from the University of Michigan and received his Ph.D. in Chemical Biology from SUNY at Stony Brook. He is a part-time resident of Rockport, committed to establishing a world-class marine research institute in the region.