Home » About » Board of Directors » Marc Vidal, PhD 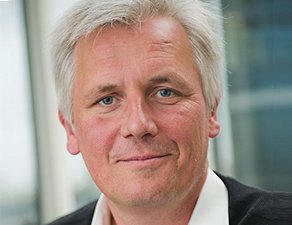 Professor of Genetics, Harvard Medical School and Founding Director of the Center for Cancer Systems Biology at Dana-Farber Cancer Institute

Marc Vidal is Professor of Genetics at Harvard Medical School and the Founding Director of the Center for Cancer Systems Biology (CCSB) at the Dana-Farber Cancer Institute.

Originally trained as a bioengineer and a geneticist, he pioneered the concept of “interactome network modeling”. Having developed interdisciplinary strategies together with collaborators from the fields of physics, computer science, mathematics, genomics and human genetics, Dr. Vidal and his team have been charting the human interactome network, the complex system of interacting macromolecules operating inside cells of the body. Having discovered systems properties in the interactome, they are now starting to unravel fundamental relationships between cellular systems and human disease.

Dr. Vidal was elected Associate Member of the Royal Academy of Sciences, Letters and Fine Arts and the Royal Academy of Medicine of his native country Belgium and received several awards including a prestigious Chair from the Francqui Foundation and an Abbott Bioresearch Award. His work has been featured in several documentaries (e.g., “Connected: How Kevin Bacon cured cancer” originally broadcasted on ABC) and on the Web, including interviews on “Futures in Biotech”. Marc was recently included on the list of “The World’s Most Influential Scientific Minds” by Thomson Reuters in the Biology and Biochemistry category.