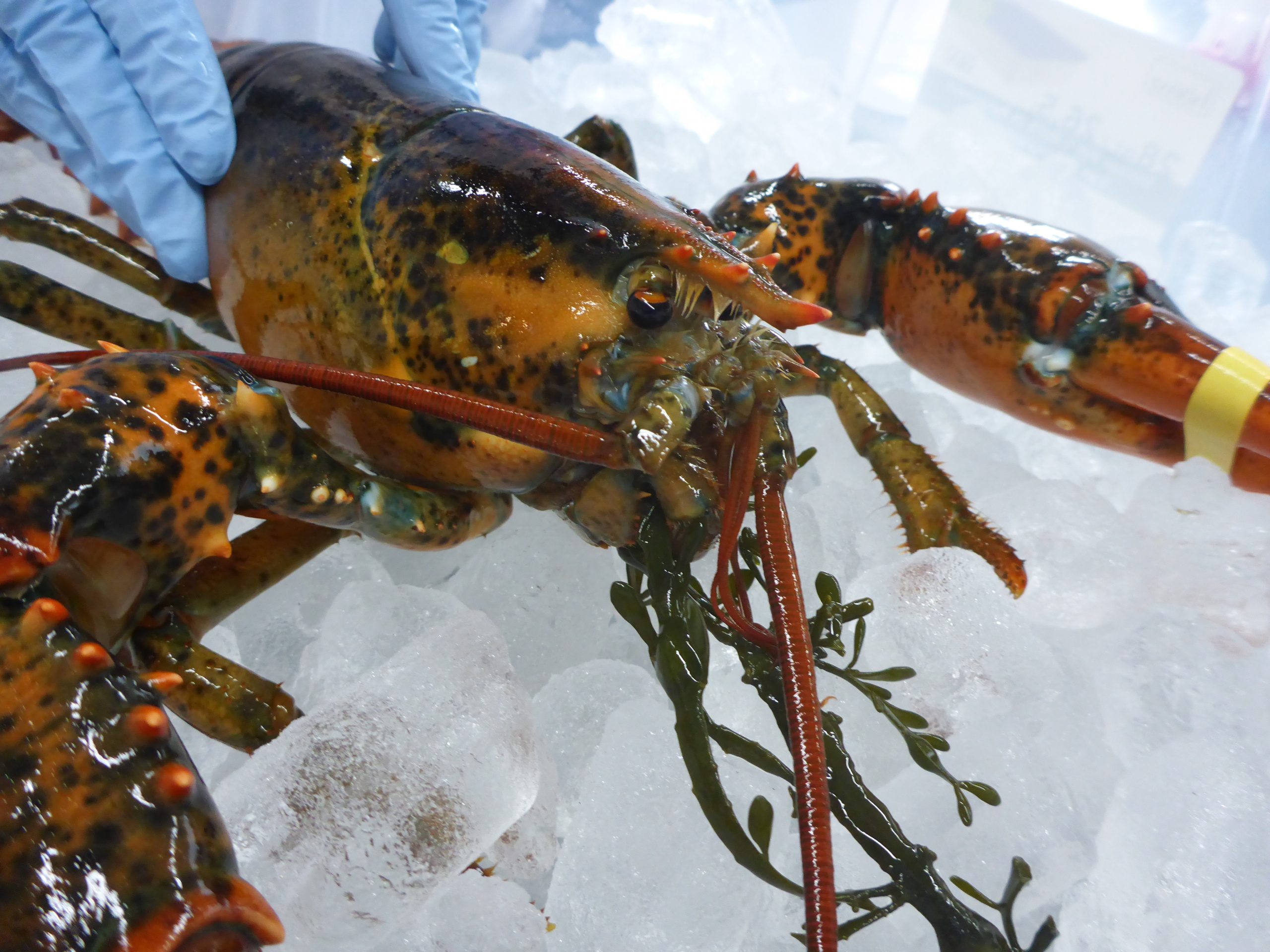 Lobsters in the Lab

On a chilly morning in December the crew of the F/V Miss Trish were busy hauling up lobsters to deliver to Steve Connolly Seafood on the Gloucester waterfront. Little did they know that four of these lobsters would be sacrificed for science instead of on the dinner plate.

Sequencing the whole genome of the lobster is a major research project at GMGI. The lobster has long been considered one of the most demanding genomic puzzles to solve due to its high percentage of repetitive sections of the sequence. Working in collaboration with Dovetail Genomics and Tufts University, the completion of the genome is within reach. The data from these last four lobsters will answer some remaining questions.

The American Lobster has characteristics that have fascinated scientists for decades. They are reported to be long-lived animals, perhaps living as long as 100 years. They also possess a well-defined nervous system, which has made important contributions to our understanding of the neural circuitry for sensory perception and motion control. With the genome sequence solved, scientists will be able to study these characteristics through their associated genes.

The genome can also be used by fishery scientists to expand understanding of population structure and dynamics, and reveal genes associated with susceptibility to disease and adapted to environmental change.

The DNA sequencers at GMGI are now humming away, churning out great volumes of genomic information on these fascinating creatures. We thank the four lobsters for giving their lives to science! Many new breakthroughs are anticipated, greatly expanding knowledge of their specie’s biology and life history.