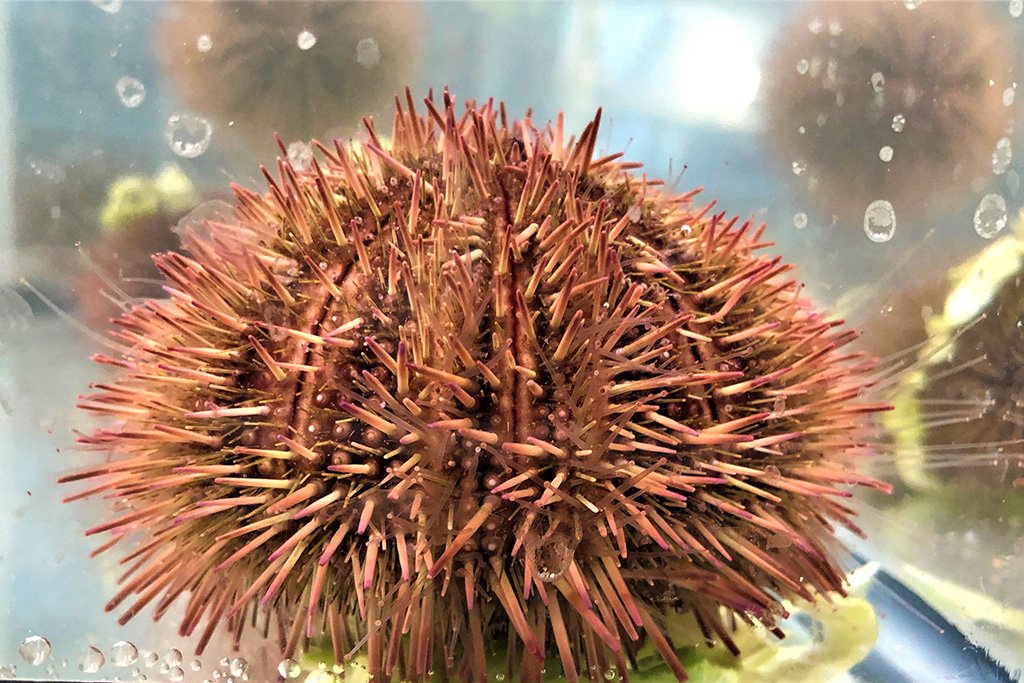 “Sea urchins and humans actually share a close genetic relationship and these genetic similarities have made sea urchins a valuable animal model for scientific research into questions ranging from early embryonic development to tissue regeneration and aging. Many of the genes analyzed in this study are conserved in both humans and sea urchins,” said GMGI’s Donald G. Comb Science Director Andrea Bodnar. “Ultimately, our hope is that what we learn from sea urchins will translate into preventative or therapeutic strategies for age-related degenerative diseases in humans.”

Continuing Bodnar’s research that began over a decade ago at The Bermuda Institute of Ocean Sciences, GMGI scientists investigated age-related patterns of gene expression – the extent to which various genes are turned on and off – in tissues of the red sea urchin. The results revealed a unique pattern of gene expression in nerve tissue that is distinctly different to that seen in the aging nervous system of humans.

This includes increased expression of genes involved in nerve function, neuroprotection and autophagy, a process that prevents the accumulation of damaged cellular components and protein aggregates, which are characteristic of neurodegenerative diseases such as Alzheimer’s Disease in humans.

The research revealed how sea urchins are uniquely able to maintain nervous system integrity with age but, according to Bodnar, this is just the first step in understanding the mystery of how these animals evade the ravages of time. Future functional studies will determine if the observed changes in gene expression act to preserve tissue function and mitigate aging in these long-lived animals.

The research conducted at GMGI was generously supported by the Dusky Fund of the Essex County Community Foundation, with the work conducted in Bermuda funded by a Bermuda Charitable Trust.