Born out of the stay-at-home order implemented during the COVID-19 outbreak in spring 2020, the GMGI Science Hour gives GMGI the unique opportunity to bring world-class and innovative science safely to the community at home. Scientists from the GMGI network and beyond graciously share their time and expertise with audiences through captivating, hour-long virtual lectures and discussions.

The GMGI Science Hour is back this Fall with a stellar lineup of speakers ready to bring timely, engaging science to you at home.

Please see below for details and registration information on our upcoming talks, and reach out to with any questions. 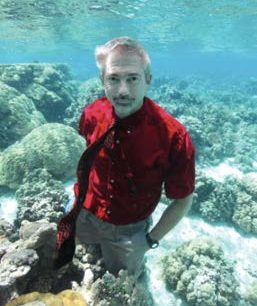 How Much can Corals Adapt to Climate Change? Lessons from Genomics, Physiology, and Restoration Nurseries

Dr. Steve Palumbi has long been fascinated by how quickly the world around us changes. Work on the genomics of marine organisms tries to focus on basic evolutionary questions but also on practical solutions to questions about how to preserve and protect the diverse life in the sea. Steve has lectured extensively on human-induced evolutionary change, has used genetic detective work to identify whales, seahorses, rockfish and sharks for sale in retail markets, and is developing genomic methods to help find ocean species resistant to climate change. Work on corals in American Samoa and Palau has identified corals more resilient to heat stress. Work at the Hopkins Marine Station focuses on how kelp, sea urchins, abalone and mussels respond to short term environmental changes and to environmental shifts over small spatial scales. Steve’s latest book for non-scientists is about the amazing species in the sea, written with Steve’s son and novelist Anthony. The Extreme Life of the Sea tells about the fastest species in the sea, and hottest, coldest, oldest etc. Steve’s previous book, The Death and Life of Monterey Bay: A Story of Revival, written with Carolyn Sotka, brought to life the unusual environmental success story of the recovery of Monterey Bay. Steve’s first science book for non-scientists The Evolution Explosion explored how human accelerate evolutionary change in the species around us. Steve helped write, research and also appears in the BBC series The Future is Wild and the History Channel’s World Without People. Other recent films appearances include The End of the Line, and the Canadian Broadcasting series One Ocean. Major work continues on the microdocumentary project, the Short Attention Span Science Theater. Steve’s band Sustainable Soul has several songs out, including Crab Love and The Last Fish Left. 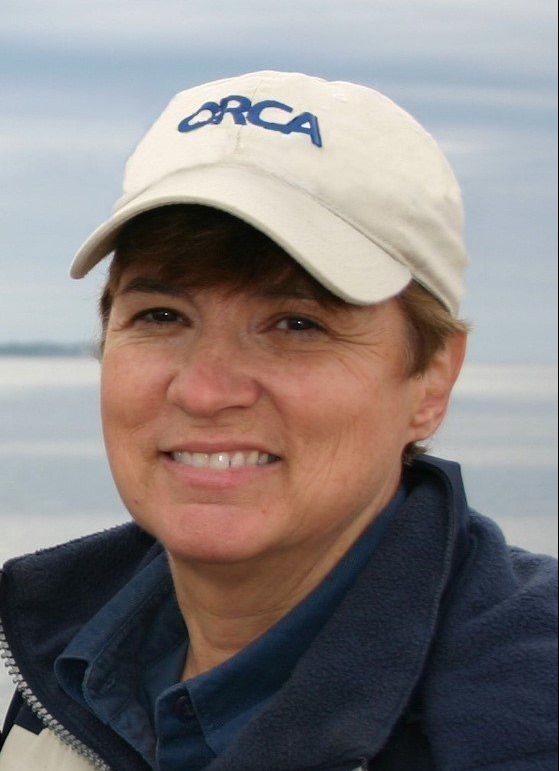 CEO and Senior Scientist at the Ocean Research & Conservation Association

Here be Monsters: Exploring the Edge of the Map

Edie Widder, Ph.D., is the CEO and Senior Scientist at the Ocean Research & Conservation Association (www.TeamORCA.org), a not-for-profit she helped found in 2005 to help save the ocean she has spent most of her career exploring.

Edie’s career in deep-sea exploration has brought her wide acclaim.  In 2012 she captured the first video of the giant squid Architeuthis filmed in the deep sea using a stealth camera of her own design.  In 2019 she repeated the feat, filming a giant squid in the Gulf of Mexico.  Her deep-sea research has been featured in BBC, PBS, Discovery Channel, and National Geographic television productions. In 2018 she stood beside Astronaut Jim Lovell and Amazon CEO Jeff Bezos at the Explorers Club in New York to receive the prestigious Citation of Merit for outstanding exploration. In 2020, it was announced that she is to receive the inaugural Captain Don Walsh Award for Ocean Exploration from the Marine Technology Society and the Society for Underwater Technology recognizing her outstanding, sustained, international contribution to the advancement of ocean exploration.  In 2021, Edie released her memoir Below the Edge of Darkness: A Memoir of Exploring Light and Life in the Deep Sea.

Since founding ORCA, she has focused on results-oriented, science-based solutions to ocean conservation challenges for which she was awarded a MacArthur genius grant in 2008.  She has focused her passion for saving the ocean into determining what is needed to preserve and protect the ocean’s most precious real estate – its nurseries – and is currently focused on developing a citizen science center inspiring the next generation of ocean stewards and ocean explorers. 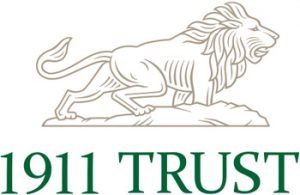 Research Spotlight: Lessons from the sea: Sea urchins as models for aging and cancer research

Forbes.com: What the World’s First Marine Genomics Institute Aims to Do

Using DNA to Crack the Case of the Deep Sea

GMGI grant to be used to study shellfish virus testing

Dr. Erinn Muller is the Program Manager of the Elizabeth Moore International Center for Coral Reef Research and Restoration.

Dr. Muller’s research focuses on coral health and disease dynamics. She applies a comprehensive approach that spans from understanding shifts in microbial assemblages of corals to applying hierarchical spatial and temporal models to understand the drivers causing coral-disease outbreaks. Dr. Muller’s goal is to determine how coral health and disease change under climate change and ocean acidification conditions. She anticipates that once we understand the mechanisms leading to compromised coral health we can prevent disease outbreaks in our future. 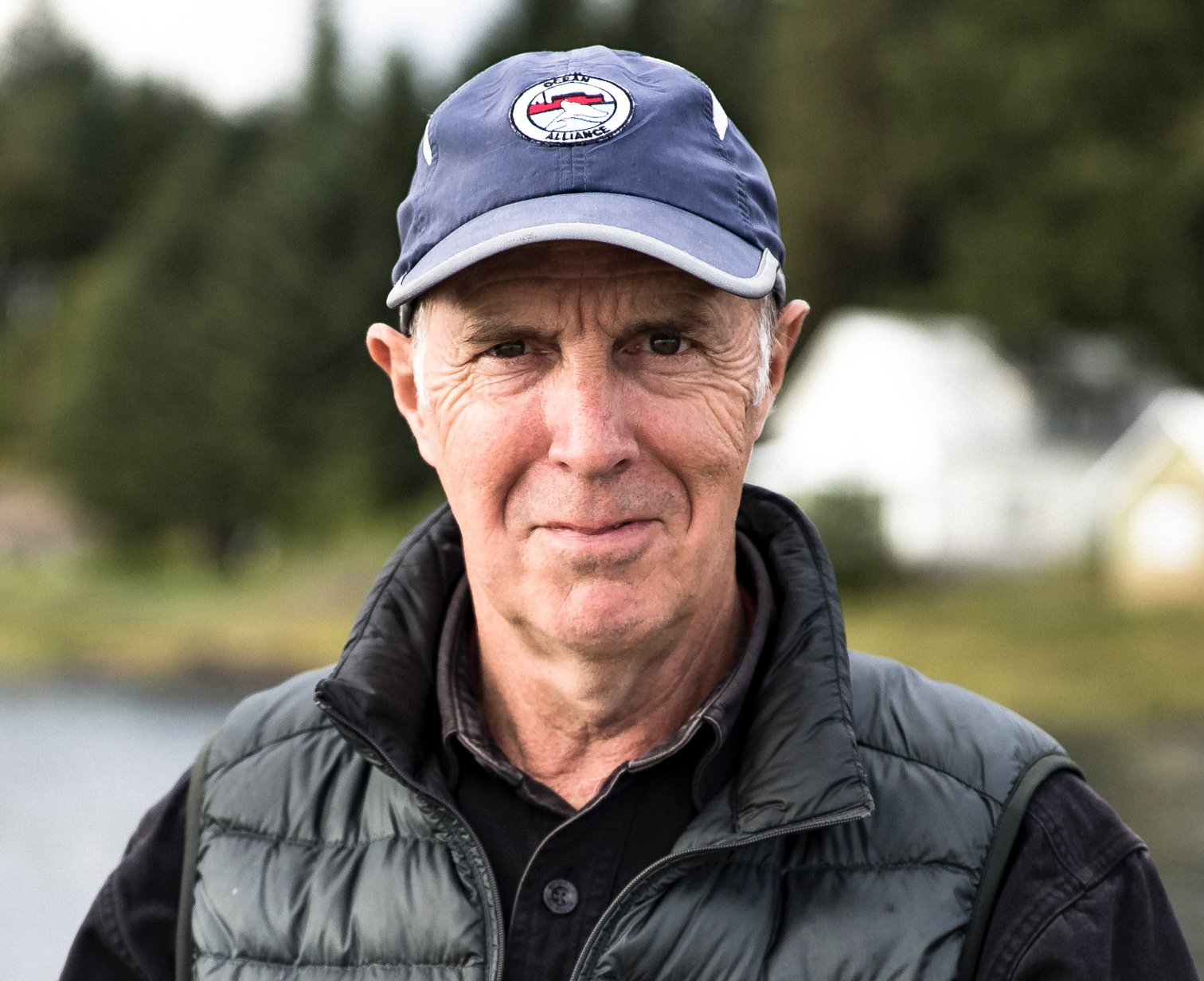 Drones for Whale and Ocean Conservation

Dr. Iain Kerr is the CEO of Ocean Alliance (OA), an organization recognized as an international leader in whale research and ocean conservation since its founding in 1971 by renowned scientist Dr. Roger Payne. OA’s programs include a groundbreaking global pollution study termed The Voyages of the Odyssey; the longest continuous study of a great whale species (the Southern right whale) and a number of education initiatives. Under Iain’s leadership, OA has also maintained a reputation for developing innovative benign research tools and techniques that engage scientists and conservationists alike. The most recent iteration of this being a drone called SnotBot.

If you’d like to be kept up to date regarding future Science Hour speakers and events, please reach out to Ashley Destino at .

The GMGI Science Hour: OceanX and the Future of Ocean Science

The GMGI Science Hour: Sea Urchins and the Secret to a Long and Healthy Life

The GMGI Science Hour: From a Laboratory “C-” to Stockholm – My Improbable Path to the Nobel Prize

The GMGI Science Hour: Genomics as a Tool for Improving Fisheries Management and Marine Conservation

The GMGI Science Hour: Outbreak Response in the Genomic Age

Our Research Team Is Hiring!