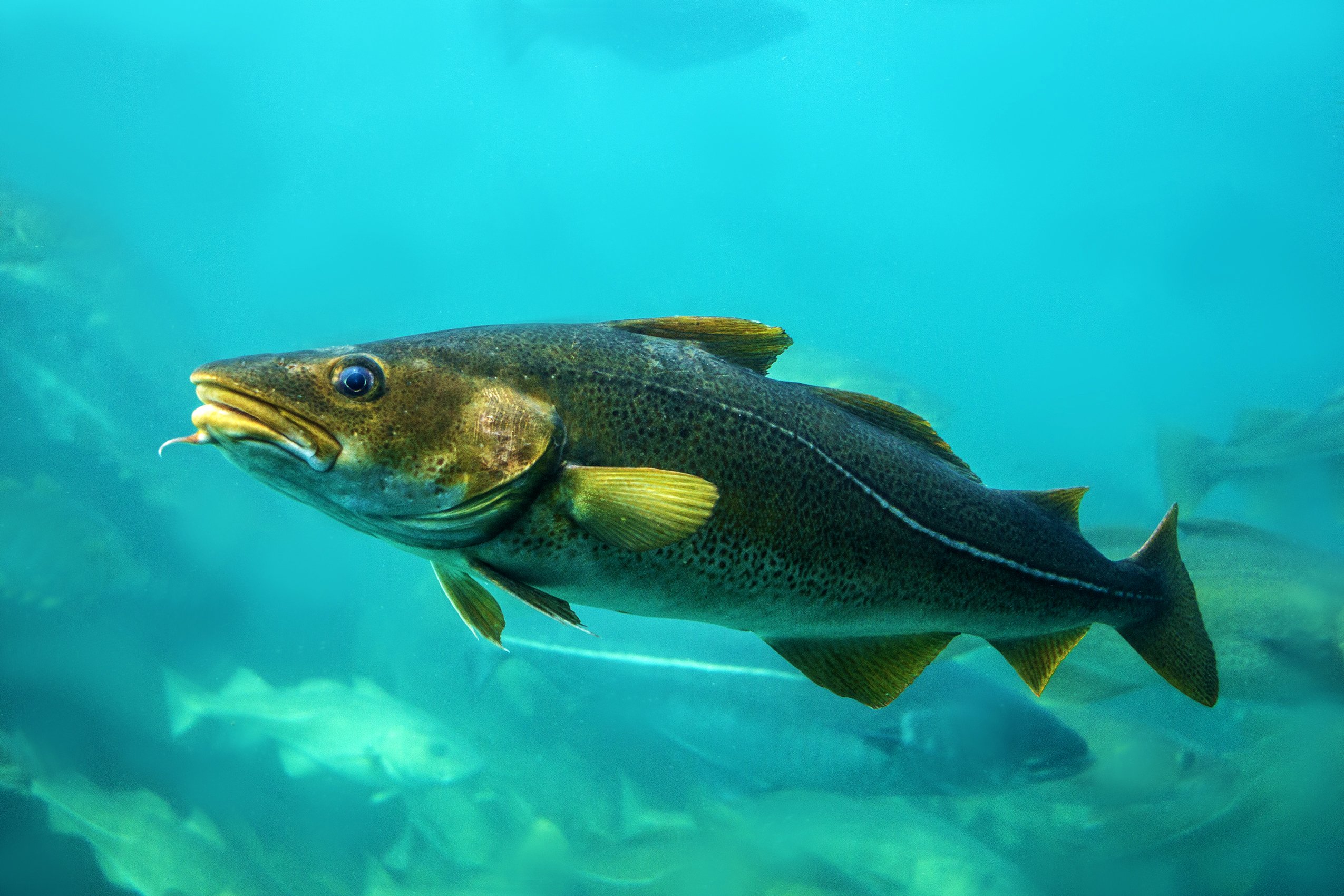 Genomics and Genetics of Fish and Shellfish

Population Genomics of Cod in the Gulf of Maine

For over 400 years, the cod fishery has been the emblem of the New England maritime economy. Over the past 40 years, cod populations have been estimated at historically low abundances, causing drastic reductions of fishery quotas that have resulted in serious threats to the socio-economic health of the region.

At GMGI, we have developed advanced genomic tools for Atlantic cod, Gadus morhua, to better characterize populations, identify distinct sup-populations, and map their spatial boundaries, providing important information to consider in management strategies. GMGI’s work with cod has been funded by the Massachusetts Division of Marine Fisheries and the first phase was carried out in collaboration with scientists from the Annisquam River Marine Fisheries Station, SeqWell LLC, and the laboratory of Stephen Palumbi at Hopkins Marine Station. Whole genome sequencing was conducted for 31 individual cod from the three locations with results indicating significant population differentiation among spawning groups in the Gulf of Maine and between Georges Bank and the Gulf of Maine1. This analysis revealed local adaptations of cod populations from different spawning groups, adding to previous evidence of spatial and temporal genetic variation that occurs across the north Atlantic, Greenland, and Newfoundland.

Results from the original GMGI Atlantic cod sequencing project helped springboard a deeper exploration of the population genomics of cod in the Gulf of Maine. Previous research showed that cod in the Gulf of Maine belong to two seasonal spawning groups (spring and winter) that have overlapping distributions. The cod fishery in the Gulf of Maine is currently managed as one stock, but managing the winter and spring spawning groups as two distinct stocks would improve production; however, the spawning season of an adult cod cannot be identified without sacrificing the individual. At GMGI, we have collaborated with the Massachusetts Division of Marine Fisheries to develop a molecular test that can assign Atlantic cod in the Gulf of Maine to a spring or winter spawning season using a small clip of fin tissue2. We have sampled more than 200 cod from the Gulf of Maine over six years for use in low-coverage whole-genome sequencing, which allowed us to identify genes under selection that are involved in the mechanisms that separate spawning season and sex in cod. Using this technique, we have developed genetic markers that can reliably distinguish between spring and winter-spawning cod, as well males and females, without sacrificing individuals, which can serve as a valuable tool for fisheries research and management to delineate sexes and stocks of Atlantic cod without further depleting the stocks.