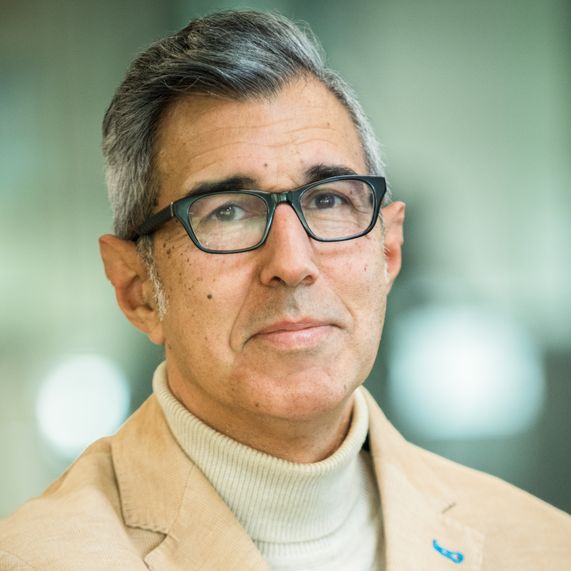 JC Gutiérrez-Ramos is the Senior Vice President and Chief Science Officer at Danaher. Previously, he was the founding CEO of Repertoire Immune Medicine and Synlogic, two biotechnology companies developing medicines from early academic science. For the prior 12 years of his career, he directed the science and medicine development at global R&D groups in Pfizer and GSK as Group Senior Vice President and global head of the biotherapeutics. Prior to his work in the pharmaceutical industry, JC began his career in the industry as CSO in several biotech companies including an impactful tenure at Millenium Pharmaceuticals. JC serves as director in the Board Momenta Pharmaceuticals, Evelo Bioscience and Oryzon Genomics and is a scientific advisor for a number of biotech and academic departments.

JC has supervised teams that have had two approved drugs to market, eight in phase III development and many in phase I-II.

JC was part of the faculty at the Genetics department of Harvard Medical School, where he led a research team with more than 150 peer-reviewed publications. Before coming to the US, he was a member of the Basel Institute for Immunology in Basel, and a fellow at the Max-Plank for Immunobiology in Freiburg. JC received his master’s degree in Chemistry and his Ph.D. in Immunochemistry by the Autonoma University of Madrid, Spain.